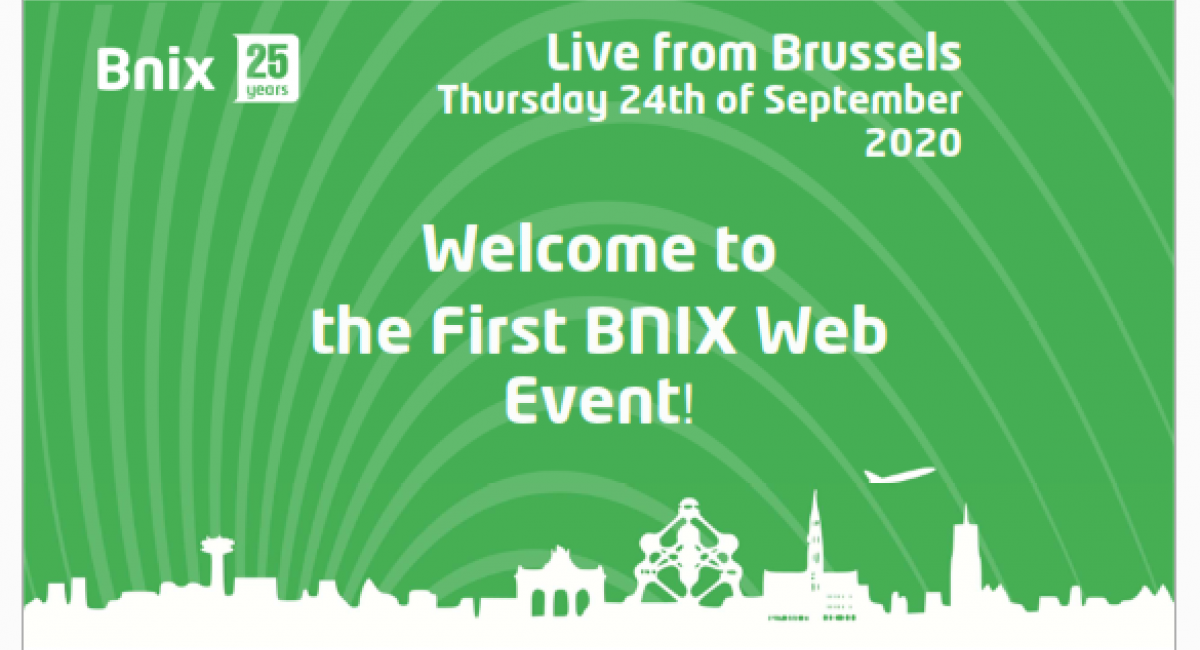 25 years ago, Austria, Finland and Sweden joined the European Union ("Europe of the Fifteen"), Jacques Chirac won the French presidential elections, the Israeli Prime Minister Yitzhak Rabin was assassinated in Tel Aviv, Microsoft launched Windows 95, Michael Jackson released his album HIStory and Celine Dion wants us to love her again… But, the highlight of 1995 was, of course, the launch by Belnet (the Belgian R&E network) of the first internet exchange point in Belgium!

If Covid-19 had not been there, we could have celebrated this anniversary together in an enchanting setting, as we have been doing for more than 10 years at the annual BNIX Networking Event. However, we did not want to let the opportunity pass unnoticed. This is why we organized the first BNIX Web Event, which took place on Thursday 24th of September 2020 with more than 40 participants.

This year, we had the opportunity to count on the presence of Bijal Sanghani, Managing Director of Euro-IX. Would you be interested in reviewing her presentation or that of the other speakers? Presentations are now available.

See you next year for a new BNIX event, hopefully, in face to face!

Access to the presentations
Did you find this news interesting?